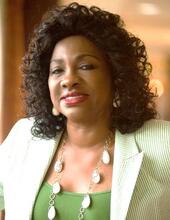 Dr. Beverly L. Wright environmental justice scholar and advocate, author, civic leader and professor of Sociology, is the founder and executive director of the Deep South Center for Environmental Justice.  The Center addresses environmental and health inequities along the Louisiana Mississippi River Chemical Corridor and the Gulf Coast Region. The Center is a community-university (communiversity-model) partnership organization providing education, health and safety training and job placement for residents in environmental justice and climate-impacted communities within the United States.

Dr. Wright has conducted groundbreaking and significant research in the area of environmental justice and developed a curriculum for use at the elementary school level that has been used by the New Orleans Public Schools. She manages Hazardous Waste Worker Training Programs that embrace a work-based curriculum and a holistic approach to learning for young men and women living near Superfund and Brownfield sites resulting in their employment.
Dr. Wright received the 2003 Distinguished Alumni Award from the State University of New York, Buffalo, the Robert Wood Johnson Community Health Leadership Award in 2006, the 2008 EPA Environmental Justice Achievement Award, the Rainbow PUSH Coalition 2008 Community Award, the Ford Motor Company’s Freedom’s Sisters Award in July of 2009, the prestigious 2009 Heinz Award as well as the 2010 Beta Kappa Chi Humanitarian Assistance Award bestowed by the National Institute of Science and the Conrad Arensberg Award given by the Society for the Anthropology of Work in 2010. Additionally, she was also recognized by the Grios as one of its 100 History Makers in the Making in 2010. She has also received the Urban Affairs Association’s SAGE Activist Scholar Award in May of 2011. She is the author of numerous scholarly books and articles. She co-authored Race, Place & the Environment After Hurricane Katrina from Westview Press, and The Wrong Complexion for Protection: How The Government Response Endangers African-American Communities from New York University. She received a BA from Grambling College and an MA and Ph.D. from State University of New York at Buffalo.